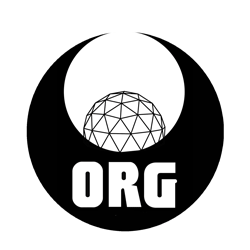 'Mysterium Lunae: A Requiem For The Invasion Of The Moon'

A concept compilation album based on the invasion of the moon 50 years ago on 20th July 1969.

Originally released in July 2019, the project consists of a 6 track album and 44 page A5 book. The music comes supplied as a Bandcamp download code included with the book.

The book contains an extended essay by Cody Dickerson, occult blacksmith and writer, (known for his work with Three Hands Press and Revelore Press, among others), as well as by the contributing artists: Hawthonn, Burial Hex, SUTEKH HEXEN, Anji Cheung & English Heretic, Moon Mourning Earth, and TenHornedBeast.

In addition to the exclusive texts, the book contains 8 full colour pages of artwork created especially for this release.

We were very happy to work on this project with Aurora Borealis Recordings, and overjoyed to see a second edition be made available in November 2020.

More information on the project can be found here: https://auroraborealisrecordings.bandcamp.com/album/mysterium-lunae-a-requiem-for-the-invasion-of-the-moon